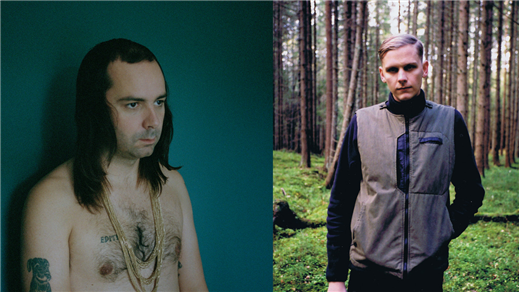 From obtuse angles to intense physicality, Peder Mannerfelt’s highly individual take on and beyond contemporary club music demands attention and consideration. While his many-sided body of work reaches back more than a decade, the Stockholm producer’s current investigations feed into a distinctive abstraction of contemporary techno.

Employing subtle props and working with striking visual accompaniments, Peder Mannerfelt’s live shows bring the immediacy of his art front and centre in your cerebellum. A perfect mutation of music still rooted in the kinetic energy of techno, even as it seeks to break down the genre’s rigid, illusory formulae.

Through his own musical output and as label manager for Northern Electronics, there are few contemporary matches to what Anthony Linell does for Stockholm techno and experimental electronic music alike.

Two shows, very limited spaces. Please reserve multiple tickets in one booking if you wish to be seated in company. For any inquiries regarding tickets, email us at info@anrikningsverket.org

With support from Stockholms stad.