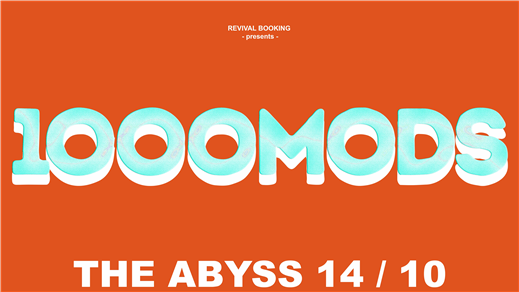 Having risen from smokey basements to packed arenas, 1000mods is the most successful Greek rock band of the past decades. It was September of 2011, when “Super Van Vacation” changed the face of the European rock music scene once and for all, with its unbearable heaviness, monstrous grooves and vintage-loving vibes. It was clear, more than ever: 1000mods would lead by example, inspiring an entire generation of musicians, as the next-big-thing of the rapidly rising Greek heavy rock scene.

Their sophomore title “Vultures” (2014), once again displayed their amazing performing and songwriting skills, as well as a uniquely charming approach to heavy music as a whole, paving the way to success, while its critically acclaimed ascendant, “Repeated exposure to...” (2016) was received as an undisputed masterpiece by both old and new fans.