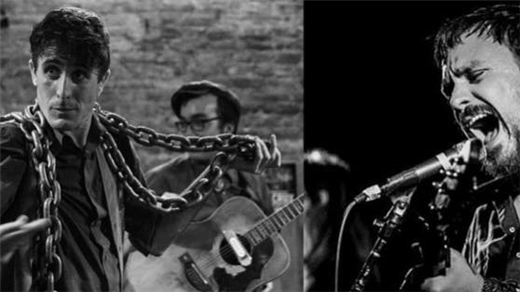 JOSH WINDMILLER This theatrical performer has toured the UK twice as the front man of The Crux, a folk band described as “Doc Watson by way of Joe Strummer.” Josh has performed at Maverick Festival UK and is looking forward to bringing his one man show to Europe in 2020.

THE SAM CHASE The songwriter and band leader of San Francisco’s The Sam Chase & The Untraditional is taking his first solo trip to Europe. Sam is a powerful storyteller and balladeer who has played many major US festivals such as Outside Lands, Hardly Strictly Bluegrass, and High Sierra Music Festival.