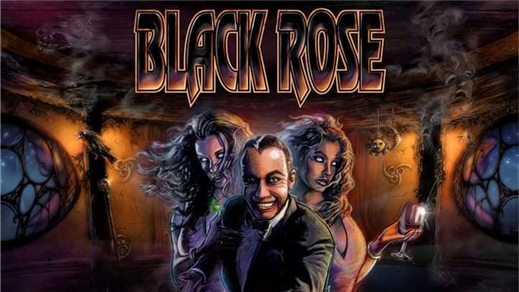 BLACK ROSE is a melodic hard rock/metal band from Sweden. The bands style of music has been consistent, even through all different music-trends that has come and gone.

SLEASZY RIDER RECORDS will release the forthcoming album ”Game of souls”. It contains 10 songs in the melodic hard rock/metal vein and will be released October 1, 2021.

The trademark sound of Black Rose, built on recognizable distinctive riffs, melodic/catchy and powerful choruses, are even more prominent on this release. The album covers a wide range of songs, from fast, hard driving songs to mid-paced and heavier songs.

Early 2020 the band signed up with LYNETTE CRAIG BAND MANAGEMENT & PROMOTIONS to manage the band.

A video for song “The fall” has been been shot by Mats Vassfjord (220 Volt, Grand Design etc.). It will be released with an accompanying digital single this summer. Mats also produced two videos from the previous album “A light in the dark”; “Hear the call” and “Sands of time”.

The band has performed on the International Music scene, completing a Baltic Tour, covering countries like Latvia and Lithuania in the summer of 2019.

They have also been support act to bands like FATE, THE POODLES, MIKE TRAMP, PAIN OF SALVATION, NOCTURNAL RITES and SOUL SIGN (Yngwie-members).

Even gigs as backing band, at different times, for KEE MARCELLO (EUROPE) and JAN JOHANSEN (IGNITION, Swedish Eurovision song contest winner) and JAKOB SAMUEL (THE POODLES) has been done.