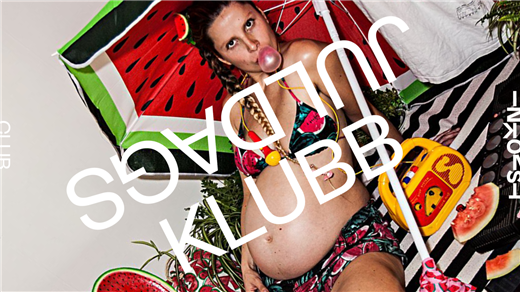 By Swedish tradition, this is one of the most party-dense nights of the year - so we cocked up a good one for you! Vladimir Ivkovic – one of the greats at the 2017 edition of the Intonal Festival, is back for a re-match. Like many of his peers from the legendary Düsseldorf venue Salon Des Amateurs, Ivkovic has been touring extensively over the world since we last saw him. With his own highly addictive and intelligent take on dance music, we thought he might add some elegance to one of the most unintelligent nights of the year – The Christmas Day.

Legend says that TowLie is the only Stockholm based DJ that really found a place in the hearts of Malmöites. Probably because she’s an off-the-hook amazing DJ, but also because there isn’t an ounce of arrogance in her heart. Which is weird, since she runs one of Sweden’s best labels – käfTen! Expect punky electro snares and grooves to shake off that oh-too-well-known Christmas haze of mind.