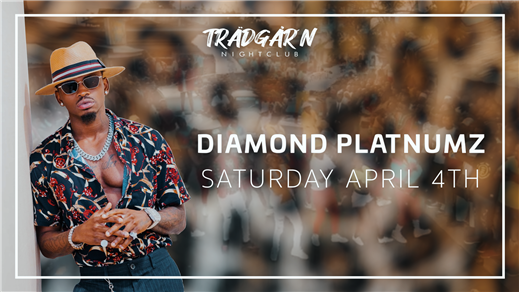 Nasibu is currently considered the most inuential artist in the country and the Great Lakes Africa sub region. However his proudest achievement was being a father when he welcomed his rstborn daughter Latia on August 2015 But becoming the highest earning musical artist in the African Great Lakes region was no easy task. Raised in Tandale by a single mother and grandmother, Nasib was faced with very challenging and humble beginnings. Due to nancial constraints and a passion for music from a tender age, after completing his Secondary education in 2006, Nasib found himself struggling to raise money for studio sessions and providing for his single mother and grandmother.

He went from freelance photographer to selling second hand clothing to gas lling station attendant .He eventually made the difficult decision to secretly sell his mother’s gold ring to record his first single. The song was not an immediate hit but it opened doors for him and marked the beginning of his journey as a bongo ava artist.